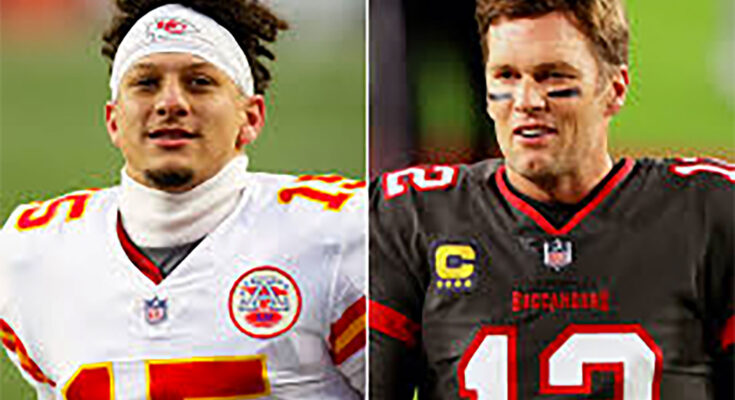 Super Bowl LIV on February 7th will be remembered in many ways. Due to the pandemic that has plagued team sports throughout 2020, it’s a miracle that the event will take place at all. But despite limited attendance and some cheesy halftime entertainment, the game featuring the defending champion Kansas City Chiefs and the Tampa Bay Bucs could be one of the best ever in history. Why? Because it will be a shootout between two amazing quarterbacks…one old and wise, the other young and brash.

The battleground site, Tampa Bay’s Raymond James Stadium, will be limited to a crowd of only 22,000 spectators in order to comply with social distancing guidelines. Among that group, the NFL has donated 7,500 tickets to healthcare workers, a nice gesture but making it tougher for the general public to attend. Then again, let’s face it. The Super Bowl is not intended to grace the beer-guzzling, hard-nosed fan. It’s a celebration for the beautiful people…the movie stars and entertainers who are expected to show up at these extravaganzas. Each team will be allowed an allotment of about 500 guests and family members each. Since celebrities get in for free, that only leaves around 13,000 boletos to claim for sale. The going price for the “cheap seats” start at $8,000!

I don’t mean to downgrade the halftime entertainment at this year’s Super Bowl, especially since the Blinding Lights singer known as “The Weeknd” (yes, that’s spelled correctly) says he spent $7 million of his own money to make the show “something he envisioned.” The 30 year old artist and his crew have promised to put together a “cinematic experience.” Pitching in is JAY-Z, who says The Weeknd will provide a “soulful uniqueness.” That’s great, but this main event lacks the star power of last year’s Jennifer Lopez and Shakira Show that brought down the house. Even the high dollar commercials have been tapered back this time around. So feel free to fill up the chip bowl and break out some more fresh guacamole during the intermission, and maybe take a rest room break. Just make sure to wash your hands.

The hype is real for this matchup, so nothing else really matters. Who cares if you missed your chance to buy an $8,000 ticket? The best seat ever is on your living room couch while sipping a cold drink. This game has many “firsts” when it comes to Tom Brady, the 43 year old leader of the Bucs who looks like he could be more like a 23 year old rookie. Already the winner of six Super Bowl rings with the New England Patriots, the G.O.A.T. (greatest of all time) is the oldest player to start in a Super Bowl, win a Super Bowl MVP, and get to the dance on two different teams. And Tampa Bay will be the first team to play in a Super Bowl “home game,” although the advantage will be minimal at best. Bottom line, Brady will give his team it’s best chance to win. He has many receivers to throw to, catch the ball and run. And his offensive line gives him excellent protection to pick and choose his weapons.

Then you have Patrick Mahomes, who could become the youngest quarterback to win two consecutive Super Bowls (and possibly the MVP award). The charismatic 25 year old star has been a bit banged up in recent weeks because he plays with reckless abandon. But his game against the very good Buffalo Bills team was superb, even with a nagging turf toe injury. Patrick has also been having some fun with the age difference between he and Brady. Mahomes was only six when Brady won his first Super Bowl. So upon being asked when he first knew Tom, the kid was quick to respond.

The difference between these two teams is the Chief’s ability to make the big play. Mahomes has the ability to scramble more than Brady, while Tyreek Hill and Mecole Hardman add more speed. And Kansas City’s tight end Travis Kelsey has been out-performing his Bucs veteran counterpart Rob Gronkowski in recent weeks.

Both defenses being equal, I believe the Chiefs offensive explosiveness will give them the final edge. No Latino players on either side to cheer for, not even kickers. That’s a shame, but Hispanics love American futbol, and this will be one hell of a game. Enjoy yourselves and remember, wear your masks and only fist pumps are allowed. Government orders…

FROM RAMONA GARDENS TO THE MAJOR LEAGUES, NOE RAMIREZ BEAT THE ODDS