Just like punk and alternative rock peaked in the 1980’s, so did the golden era of skateboarding. The culture and lifestyle just seemed naturally compatible. Super stars emerged like good guy Tony Hawk and bad guy Mark “Gator” Rogowski, who is still serving a 25 years to life sentence for murder. But for the most part, the sport has been dominated by creative, dare-devil Latinos.

Stacey Peralta was a pioneer who revived skating from the aluminum to wood board era in the 1970’s, and later co-founded the Powell-Peralta company. Still an industry giant, the brand assembled the famed Bones Brigade team led by Ray “Bones” Rodriguez, Hawk, and Steve Caballero. Later on, the group added street-style guru Tommy Guerrero, who was a hero to urban kids and is now a trending musician. Venice Beach product Jesse Martinez also ripped with the Bones Brigade until he was bumped from the crew for smoking weed in the company van.

Vision’s Mark Gonzales and the legendary Tony Alva, one of the original Z Boys, were also part of the old school scene. There were also immigrant skaters like Guatemala’s Paulo Diaz,  the face of Team Chocolate until he fell victim to drug issues. Later on came Nicaragua’s Chico Brenes, also a  Chocolate product via Miami. He ended up returning home however, deciding to open a skate shop in Managua. Brenes, who is half Mexican, represents a transition to a new generation of pro skaters. Most still listen to Morrissey and The Cure, but others beat to their own drum and have established their own unique identity. The leader of this new era is Paul Rodriguez Jr., aka P-Rod, who happens to be the son of the popular Mexican-American comedian.

Although Rodriguez is a Los Angeles native and grew up in a celebrity family, he was never affected by the “rich boy” perks and always looked for his own niche. That started when his parents bought his first complete board as an athletic 12 year old. By age 14, P-Rod had already picked up his first sponsor and two years later, was asked to ride for City Stars, a company founded by renowned pro skater Kareem Campbell. It was life in the fast lane at that point and by the time Rodriguez was 17, he was on his way to magical success resulting in a 10 year roll at the Summer X Games and other international events.

In 2002, P-Rod switched sponsors to become a member of Girl Skateboards, a spin-off company once affiliated with World Industries. It was “Girl” that produced Paul’s initial pro board, with graphics that featured Rodriguez’s name and the team logo, but with the Spanish word “Muchacha.”

“To have my first pro board with a company like Girl was awesome,” Paul recently recalled, revealing his love for the brand that launched his popularity with aspiring Latino skaters.

That role model status soared to new heights when Rodriguez moved on again to join the prestigious Plan B team and begin his X Games run. Between 2003-2013, P-Rod would score four Gold Medals, three Silver and one Bronze in street-style competition. His many endorsements include Nike (with nine signature shoes), Target, Mountain Dew and Nixon Watches along with several Plan B decks that sold like warm tortillas.

Rodriguez has always had the internal instincts to jockey himself toward continued skateboard prominence, but his association with Campbell and City Stars shaped who he is today. His music preference is more hip hop oriented, and he once shared a house with rap artist Jereme Rogers. He is also an admirer of the late Tupac Shakur, and once thought it would be “sick” to use an image of the rapper/actor as graphics on one of his signature decks with Plan B. Yet, Rodriguez is a devout Christian who has a large tattoo of Jesus on his forearm and maintains a squeaky clean image for kids who want to follow in his footsteps.

“It’s something I’ve learned to embrace because I was once a street rat out there too,” he admits.

Another aspect of the P-Rod appeal has centered around his films and acting career. Like most popular pro skaters, Rodriguez has marketed numerous videos (over 40 in round figures). In addition, he has appeared in several independent movies such as “Vicious Circle”, “Street Dreams” and “The Motivation,” plus an internet series called “Life.” In March, Rodriguez finished up another film entitled “We Are Blood,” and NBC is working on a single-camera comedy featuring three generations of Latino males that will include Paul, his dad and Cheech Marin.

Now at age 31, Rodriguez still skates around three hours a day at his own private facility, but understands that there will come a time when active competition will be in the rear view mirror. He has a wife and young daughter and must put things into perspective. That’s why he has invested heart and soul into his own company, Primitive Skateboards and Apparel. And he has assembled a host of top pros for his team, headlined by Nick Tucker, Bastien Salabanzi, Shane O’Neill, Diego Najara and Brazil’s Carlos Ribeiro. Of course, Rodriguez is still the top draw, even through he’s made some adjustments for the future.

“You look at a guy like Jay Z, who made music when he was super young and crushed the game,” notes P-Rod. “Now he still makes music, but that’s secondary to his business ventures.”

To date, Paul Rodriguez Jr. is worth over $6 million, which is nothing close to the earnings accumulated by a guy like Tony Hawk. But to say he’s set for life is an understatement, and is still living the dream. 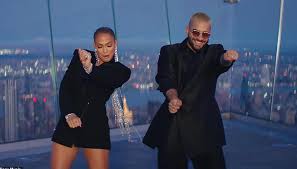