Unlike hard core drugs, marijuana for recreational use has become widely recognized around the world, much like alcoholic beverages. It has also been proven to have some medicinal value, which is why it’s use is at least partially legal in 33 states. There are even several states, including California, Colorado, Nevada, Oregon and Washington where weed is 100% legal, although not in the eyes of the federal government.

Internationally speaking, blanket legalization has also been met with some government resistance, at least in our hemisphere. While cannabis use has been approved throughout Canada, only tiny Uruguay has deemed the drug legal, passing legislation in 2013. That’s why what is about to happen in Mexico is earth-shaking news. Within the next two weeks, the Mexican congress is expected to sign into law the legal use of weed on a nationwide basis. No more long prison terms or hefty fines. Just smoke and enjoy responsibly, much like downing a shot of tequila, only in a more tranquil manner.

Ever since taking office in December 2018, Mexican president Andres Manuel Lopez Obrador has been keen on the idea of lifting marijuana restrictions. But big party rivals like the PRI and PAN tossed plenty of rocks in the road the following year to make things difficult. Then COVID hit Mexico hard during 2020, and AMLO was faced with a national crisis that still exists in several pockets of the country. That said, the president’s MORENA party enjoys a majority in the Mexican congress, and it extended a deadline of December 15th so the Socialist leader would have time to create a bill and put it up for a vote. And my sources tell me that it’s a done deal before the end of the month.

“It will fill the treasury coffers at a time when the economy is recovering due to the pandemic,” noted senator Julio Ramon Menchaca Salazar, a senior MORENA kingpin.

Indeed, Mexico plans to impose a 12% tax on marijuana sales, which could create outside revenue to get the republic back on its financial footing, and even help pay for Lopez Obredor’s social programs. Still, there are many pending questions to be answered should the bill become law. How will the product be regulated and distributed? Where will it be sold and who will be in charge. Violent crime is at an all time in Mexico, so how will potential robberies be prevented? The cartels are pretty much out of the weed business, preferring to move higher profit goods like cocaine, heroin and other more dangerous drugs. But it’s hard for me to believe that these hardened criminals won’t demand a piece of the pie, especially since AMLO has taken a soft, peaceful stance in dealing with them.

It will be interesting to monitor how the general public will react to this historic legislation. After all, most Mexicans don’t have a lot of pesos to spend right now. Like everyone else affected by COVID, they are hurting. And for Americans who might potentially make a weed purchase, be sure to smoke it all in Mexico. If you cross the border with any product, you’ll be in big trouble with federal agents. 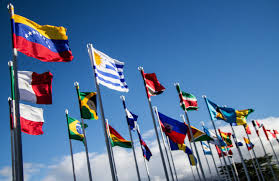